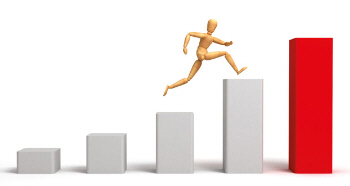 Best practice benchmarking is used by many organisations to reduce cleaning costs, improve service delivery standards and ultimately, demonstrate value for money. Many clients also use it strategically to determine whether to repatriate or outsource cleaning services. To better understand and quantify areas such as, the improvement in productivity achieved from training, the reduction in staff turnover from paying the Living Wage and the return on investment in IT systems. For contractors, the focus is almost always on retaining and winning new business. i-Clean Systems explains

With continued austerity, planned increases for the national minimum wage and a general demand to deliver more with less, best practice benchmarking is a powerful tool. It can deliver long term benefits at minimal cost and drive continuous improvements. Whatever the reason you have for using it, it’s important to get the basics right.

There are different types of benchmarking and different organisations use them for different purposes. Most will already compare costs and productivity rates internally and may use sector knowledge as a guide to whether they appear competitive or not. However, this often only focuses on inputs due to the lack of standardised and recognised ways to measure outputs. As a consequence, this tends to lead to questionable results.

Measuring inputs only, ignores the fact that many sites may be failing because of a lack of hours or costs. If costs are low and productivity is high, you can only determine if the overall service represents good value by knowing what standards are consistently delivered.

Best practice benchmarking considers a wide range of operational and financial elements. Some are easy to quantify and compare (e.g. costs, productivity, shifts, staff training and staff turnover), others are more subjective observable elements which are not (e.g. building fabric, the environment and user profile).

When benchmarking costs, there are a number of factors to consider. The key elements to look at when considering cleaning services include: overall cost, direct labour costs, materials, equipment, consumables and training. Though, there are a raft of other costs that may also be present including, communications, time and attendance, uniforms and transport costs.

You’ll also need to know whether the costs include periodics such as carpet cleaning, window cleaning, IT cleaning as well as other washroom services such as, feminine hygiene services. And it is essential to know whether financial figures relate to the previous year’s budget, current year budget or current year actual. Benchmark comparisons also need to be adjusted in line with statutory rises in the minimum wage and VAT, where applicable.

Whilst virtually all commercial organisations work with figures that exclude VAT, there are many organisations with charitable status, such as most independent schools, that budget everything including VAT. Others, such as Universities, can be found to work with both and it is essential to understand if you are comparing costs on a like-for-like basis.

START WITH THE RIGHT SPECIFICATION BAND Regardless of input or output basis, specifications generally fall into one of three categories and it is important that benchmarking is completed against sites with the same specification band.

Band A specifications are found at sites where the highest standards of cleanliness and hygiene are expected in more than 50 per cent of all areas at all times. This specification is typically found within healthcare, food manufacturing, prestige offices and high profile public sites, and is generally determined by the level of daytime cleaning cover across a site.

Band B specifications are suitable for sites where high standards of cleanliness are expected in more than 50 per cent of all areas once per day. This is typically found in commercial offices, education, manufacturing and retail sites, and is generally determined by a single early morning or late evening shift, and limited daytime cover.

Band C is suited to sites where daily cleaning is required in less than 50 per cent of all areas. This specification is typically found in non-public sites that are low risk and are driven by cost rather than quality.

Whilst financial comparisons will clearly need to be made sector by sector with sites that have similar footfall and usage, operational comparisons can be made across industries, since this is the key advantage of best practice benchmarking.

Added value is added value, regardless of what sector it is in. For instance, colour marking electrical sockets so cleaners know which can be switched off is seen in many educational environments, yet this is transferable best practice for retail or commercial environments. Equally, using lighter coloured flooring at the edges of corridors to keep foot traffic away from walls to reduce scuffs and marks is a practice seen in one sector that can be easily applied to another.

HOW TO BENCHMARK TRAINING

One of the key activities to benchmark is training. Staff members are an organisations most valuable asset, and in order for them to carry out their roles effectively, cleaning operatives and supervisors need to know exactly what is required of them and how to achieve their targets in the most efficient and effective ways. Often when staff are unable to produce the required results it is because they have not been told what to do or shown how to do it properly. Therefore, the minimal cost of training them to do their job is the safest and most efficient way and is soon recovered through increased productivity.

A formal training policy should include the provision of induction, specific skills and ongoing refresher training. This can range from more informal ‘toolbox talks’ through to longer term arrangements that result in framework qualifications accredited by a recognised awarding body.

As the quality of training can vary considerably from one provider to another, benchmarking is best done by categorising each cleaning operatives highest ‘qualification’ from one of the following three bands:

The higher the level of full time cleaning operatives, the higher the level of (B) and (A) qualifications you would expect. The best providers set their own targets based on weekly hours worked, shift length and length of employment. One hundred per cent at (B) and (A) is an increasingly common result as daytime cleaning and full time positions become more widely adopted, and the return on training investment is more easily measured. It is also interesting to note the direct correlation between (B) and (A) qualifications and overall staff retention.

To take this a level further to benchmark staff turnover, we would suggest categorising staff into bands of employment ranging from less than 1 year; < 2 years; < 3 years; < 5 years; < 10 years and < 20+ years, based on the continuous employment date as opposed to contract start date.

HOW TO BENCHMARK SUPERVISION

Another key area to benchmark is supervision. Line managers have the most immediate impact on the experience and performance of staff. The way they interact and manage staff is a key element of efficiency that should be measured. Towers Perrin, a global HR consultancy firm, described this relationship as ‘pivotal’ and estimate that up to 40 per cent of differences in performance can be explained by the role of the line manager.

It is essential to benchmark different levels of supervision by comparative hours worked per week, number of staff and qualification, banded in the same way as cleaning staff.

HOW TO BENCHMARK PAY

In terms of benchmarking pay rates, these should be with comparative organisations within a comparable geographic sector to take into account regional variations. Pay rates should be adjusted to a percentage above the national minimum wage, rather than net hourly rate to allow for accurate comparison as rates rise over time.

Understanding how current pay rates compare with the current Living Wage and ‘London Living Wage’ as published by the Living Wage Foundation is important to know. Timing is also key because the minimum wage will not necessarily increase at the same time as the living wage.

WHEN IS THE BEST TIME TO START BENCHMARKING?

Best practice benchmarking can be introduced at any point within a contract regardless of how long it has been in place. Whilst there are often easy quick wins from a one-off exercise, using it on a scheduled basis to drive continuous improvement is the best way to deliver long term sustainable improvements.

If you would like any further information, please call us on 01684 580 680 or email efficiency@i-clean.info
VIEW OUR CLIENTS
CONTACT US